Within a world filled with technology, where everyone has a tablet or smartphone in their pocket or bag, seamless flying has never been easier to achieve than it is today. And it just got easier with Pilot Stuff's state-of-the-art flight computers. No, we're not talking about the kind of computers that spawn from the mind of Steve Jobs or Silicon Valley. These are ultramodern devices that allow a pilot to calculate an assortment of metrics when up in the air. From fuel burn to wind resistance, a flight computer is an incredibly vital tool for any pilot or aviator. And luckily for you, Pilot Stuff offers the best of the best. 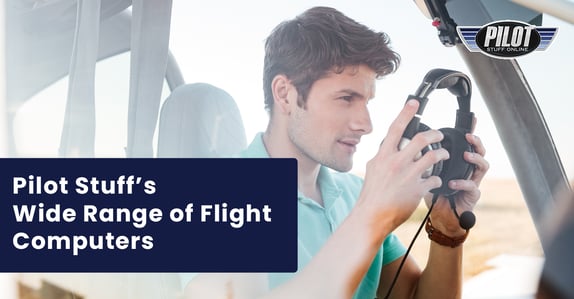 Another ASA choice on this list, the ASA Color E6-B is a color-coded flight computer that helps pilots separate different metrics through the use of color. On the circular side, blue is used to measure distance, time, and temperature. Red calculates both weight and volume. Finally, black measures the rate arrow and units to be calculated. On the wind side, the colors represent different directions. Red represents the east, whereas blue represents the west. With this easy-to-use design and features, the ASA Color E6-B is one of the more popular choices among flight computers. When it comes to a simple design and easy-to-use flight computer, there's no better choice than the ASA Color E6-B Flight Computer.

When it comes to navigating your way up in the clouds, direction is everything. Unlike the streets...
Read More

There's a wide range of variables that go into chartering a flight. From ensuring that the aircraft...
Read More

A business is only as strong as how they treat their consumer base. This is why customer service is...
Read More