Top Produced Airplanes In The Country

Flying is one of the most popular and prominent forms of travel. It cuts down the amount of time to travel, and it's a safe and easy way to getting from place to place. But you can't fly if you don't have anything to fly with. Airplanes are mass-produced all across the country, making them one of the most common manufactured products. There is a variety of airplanes that are manufactured all over the world, each with its own specific designs and functions.

When it comes to the world of flying and aviation, there is a wide range of airplanes that pilots and aviators can choose from. This range of airplanes has opened up the world of aviation with a diverse and versatile list. But some of the planes manufactured in the United States are more popular than others. Here are some of the most common planes built and distributed in the country. 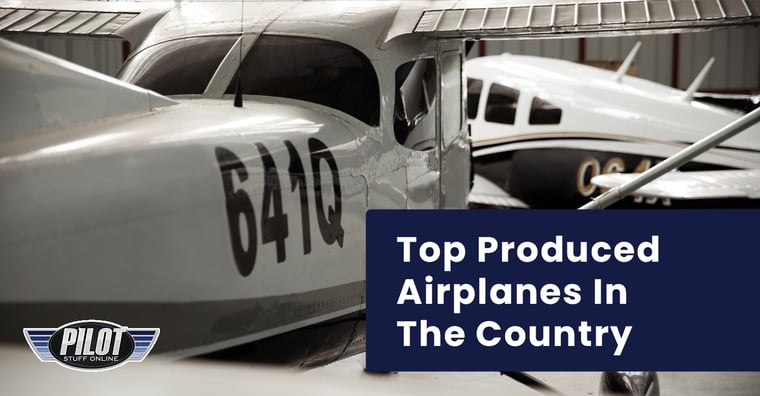 The oldest pick on this list, the Douglas DC-3 was first introduced to the world in 1936. The Douglas DC-3 was a popular choice when World War 2 started. As time progressed, over 607 variants of the Douglas DC-3 have been produced and manufactured. They are used by a variety of airlines such as American, United, TWA, Eastern, and even Delta. When it comes to clean and smooth flying, there's no better choice than the Douglas DC-3.

Produced and manufactured twenty years after the Boeing 737, the Airbus A320 is the second most-produced commercial jet in the world. The Airbus A320 has already left a lasting impact on the world of flying and aviation with its careful design and processing. The plane's main competitor when it comes to the market is the Boeing 737. Which brings us to...

The second Boeing to make this list, the Boeing 727 was initially designed as a smaller city aircraft that was designed to have lower passenger loads as well as shorter runways. The Boeing 727 was the most produced aircraft jet until the mid 1990s. But today, only a handful of Boeing 727s are in use when it comes to causal traveling and aviation.

It's no secret that a pair of sunglasses is a prominent staple of any pilot's look and outfit....
Read More

Tips For Gaining Your Pilot's License

It started the same way for every prospective pilot or aviator. Playing on the playground or in the...
Read More

Everything You Need To Know About The Wright Brothers

Everything, and everyone, started from somewhere. The dawn of both smartphones and tablets began...
Read More